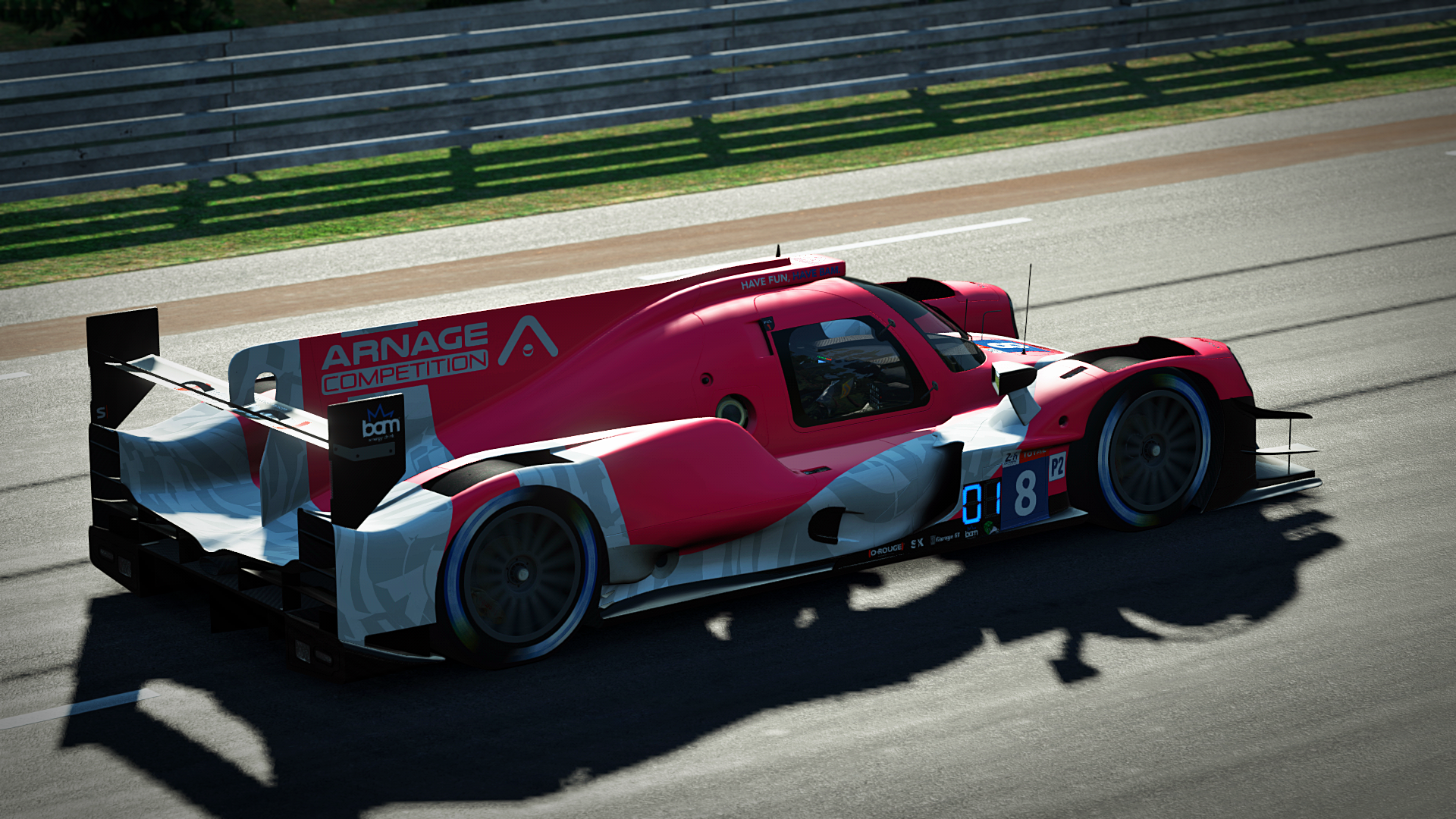 As we mentioned in our previous post, the weekend was quite hectic with no less than 24-hour races.

While the iRacing team headed out to Spa, our rFactor 2 team enjoyed a trip to that other mythical European endurance track, nested in the Sarthe Department.

A top 10 qualification, while being held up on our hotlap, meant there was a lot of potential for the race.

Weather conditions were absolutely horrendeous. It started pouring down during the formation lap, with almost all teams sitting on slick tires.

A good call to pit straight away at the start meant we limited pitstop time loss and came out on wet rubbers well behing most competitors, but in clean air.

Timea, who was at the wheel, put out a great drive and was actually going as fast as the race leader, making up a lot of ground on our competitors. Until a small mistake in the treacherous conditions sent the car into the barriers approaching Tertre Rouge.

To make things worse, while trying to bring the damaged car back to the pits, we were collected by another car, resulting in even more damage and a huge loss of time.

The team started a courageous recovery drive, encountering more issues, including an engine fail.
In the end, a very nice P9, but also the feeling that it could have been much more.

This race was also the first competitive outing of our Academy drivers in the Arnage Competition colours and they have shown very promising things.

Lots of lessons learned, but the good news is that the pace was already there.

Keep up the good work!